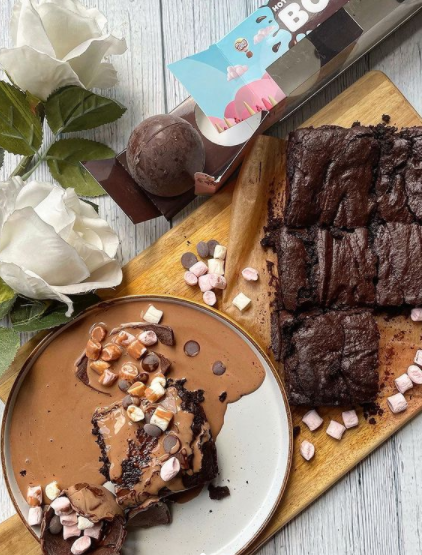 We have worked with @ohthatvegangirl_ once again for her to make these phenomenal Vegan Exploding Hot Choc Brownies! We tasked her to create a recipe using our mallowtastic hot choc bombs and yet again…she didn’t disappoint! Here’s how to make them:

Preheat oven too 180 and grease and line a 6×8 baking tray
To make the brownies, start by melting your chocolate in a bowl over a pan of hot water.
Then in a separate bowl I usually just chuck all the other ingredients in, and then once the chocolate is melted pour in, and whisk it all together, until you have a smooth shiny mixture, don’t wash the chocolate bowl you’ll use this again later.
Pour mixture into your tray and bake for 20 mins.
Towards the end of the cooking time for the brownies you can start to prep your topping in the chocolate bowl over the same pan of water add the cream and heat stirring often until piping hot the cream will be a little chocolatey but not too much.
Then when the brownies are cooked allow them to cool slightly but only so much so you can handle them, then divide into six, and plate up, then for a really fancy looking show stopper dessert that’s dead easy pop a bomb on top and pour over the hot cream and reveal the yummy mallows inside 😊 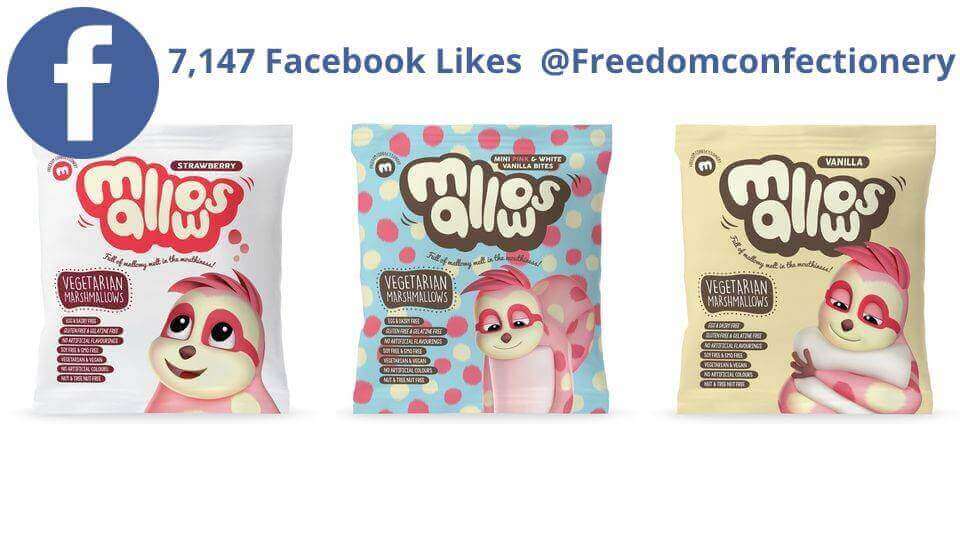 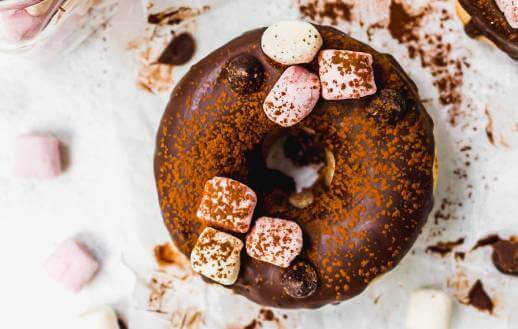 Hey Mallowers! We have a BRAND NEW PRICE on our Re

Have you signed up to our emails yet? It’s the O

Are you Sunday brunching? 😍 @yumness_and_funnes

Lotus Mallow Brownie We know you guys love a supe

💗They're Back! 💗 Our mini pink vanilla 1kg

@ohthatvegangirl_ is one of our star bakers and w

Back To Schoooool! Most the kids are back to schoo

HAPPY SUNDAY we saw this little guy and just had t

Summer is almost over Mallowers but you can still

💗 ONLY ONE DAY LEFT TO GET SOME OF YOUR FAVE MA

WINNER ANNOUNCED ON OUR STORIES! Keep a lookout

Hello Mallowers. Would you like to keep in the loop with the latest Freedom Confectionery news; product launches; store listings; recipes; exclusive offers and much more…

You can unsubscribe effortlessly at any time from the e-mail itself. We will not share your email address with anyone else.

COVID-19 NOTICE: We are processing orders with staff working safely on a shift system. We contiunue to monitor government guidelines.